NOVA MAKINA, has a significant experience about chemical injection since 2008. Especially after joining forces with ADCOS NV in 2009 and SPETEC NV in 2016, we stand in a strong position in the market. We had breakthrough in the market after starting to produce our own resin pumps and packers. With many experienced applicator teams, NOVA MAKINA has delivered a solution for expansion joints.

Water leakage points are detected and drilled with different lengths and angles. Special mechanical packers are installed into the holes. 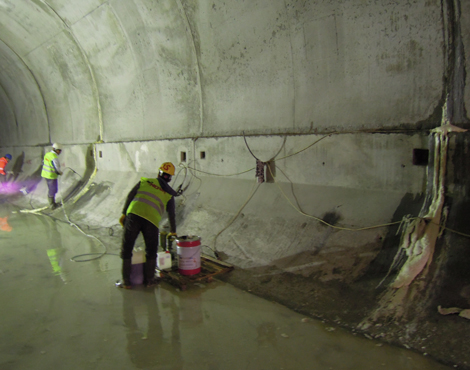 According to the water leakage and the type of the job, the resin (polyurethane, acrylic, silicate and single or two component) will be selected.  The process starts with pumping the material into the holes with special chemical injection pumps. The resin starts expanding in the cracks with high bonding to concrete, soil etc. and penetrates to each grain. If the main aim is to cut the leakage, a fast-reactive resin and high expanding rate shall be selected.  For soil consolidation, a resin type has a very thin viscosity without expanding shall be selected. 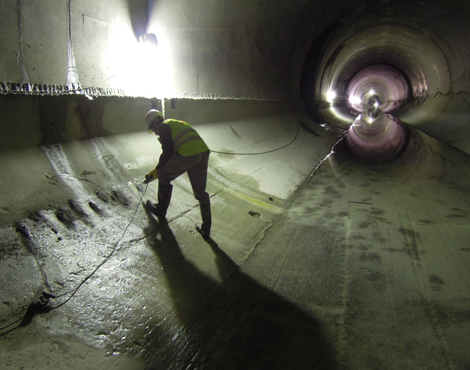 Our company offers products with strong and researcher brands, experienced and professional application teams. Since our establishment, our principle is to provide technical support to the customers and to provide unconditional customer satisfaction.